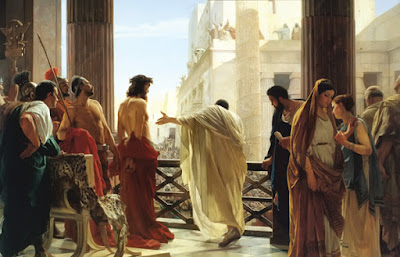 Ecce homo. Behold the man.
Antonio Ciseri, 1880
This entry continues the call to the international church-mission community (CMC) to practice the highest standards of transparency and accountability. It calls upon people to acknowledge their own propensity for acting deceptively and cowardly (corruption) as well as their own capacity for acting truthfully and heroically (integrity).


Part One—Rationalizing and Hand Washing. This is now the third Good Friday entry on this weblog. The other two Good Friday  entries are worth reviewing too:
--(April-May 2013): Betraying Well--Silence, Passivity, and Neutrality
--(27 March 2015): Institutional Betrayal--Denial, Distortions, Defamation


“Good-Fraud-day” the current entry, highlights how every day is actually a very “good” day for people, including “good” people, to prop up fraud: to avoid confronting deviant people and to avoid protecting innocent people. Fraud might be committed by hard-wired perpetrators but its deleterious effects are continued by hand washing placators.


Pilate is a classic case in point. Under pressure (i.e. adverse circumstances with potentially adverse consequences) he rationalized away his responsibility to protect Jesus of Nazareth. His publicly washing his hands—his self-proclaimed innocence—however, did not exonerate him of responsibility for the fate of this innocent Jewish teacher-prophet. (Matthew 27:24) It was good fraud-day back then circa 33 C.E.  even as unfortunately it can be good fraud-day now and every day. 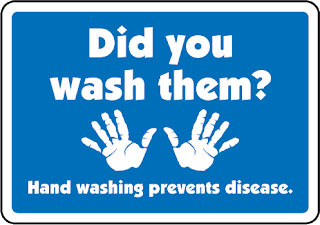 Good Hand Washing: Ten Tactics for Feigning Responsibility. Here are 10 ways to rationalize away our responsibility for dealing with fraud and other forms of corruption. As we review them carefully, they can help us to see how we might be washing our hands but not washing our hearts when it comes to confronting deviant people and protecting innocent people.  The moral disease continues to thrive. This is especially true in the ongoing NCI KB fraud case, a key focus of this weblog. Note that these 10 “good hand washing” tactics build upon the 10 Tactics for Feigning Good Practice featured in the last entry (Feb-March 2016)—have a look there too.


2. It’s so common these days…
so let’s wash our hands of it and pretend that it is not really important.


3. We’ve all moved on…new people are in our organization…
so let’s wash our hands of it and pretend that it no longer applies to us.


4. No one really knows the full story of what really happened…
so let’s wash our hands of it and pretend it is all just too mysterious and confusing.


5. Governments and local authorities are responsible…
so let’s wash our hands of it and pretend that we have no or little responsibility.


6. We’ve already dealt with this matter…we even have annual audits…


so let’s wash our hands of it and pretend we have already done our ethical duty and good practice.


7.  We are not responsible to some ad hoc group asking for disclosures…what right do they have …
so let’s wash our hands of it and pretend that accountability/citizens groups have no moral authority.

8. People asking for transparency and accountability have problems… their motives are also wrong…they should forgive and move on…what do they really hope to gain from this matter?…
so let’s wash our hands of it and pretend that others are not qualified or justified to call for disclosures.


9.  We are being harassed by people asking for disclosures….
so let’s wash our hands of it and pretend that we are the ones being mistreated, victimized, and exploited.


10. We are doing good things to help others…we are good people… we are good employees, workers, citizens...
so let’s wash our hands and pretend that our goodness in some areas exonerates us from conforming to good practice standards in other areas. 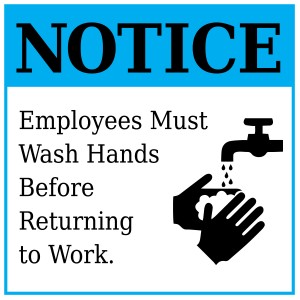 Part Two—NCI and Petition Updates. We are not aware of any further action undertaken by organizations to investigate how they may have been affected by NCI. Click here to see the latest update of the paper trail: (August 2014 through January 2016).

.
It has been over eight years since the NCI fraud began to be publically confronted (2007).  And it has been nearly 18 months since four of the organizations included in the petition and several of their leaders were formally presented with the petition. We thus continue the resolute, public call a) for assistance from all those affected by the NCI fraud; and b) for verifiable disclosures/independent reviews (transparency and accountability) by four of the organisations listed in the Shine the Light-Together petition. Leaders in Youth With a Mission, Mercy Ships, Youth For Christ, and Crossroads Church received separate email-letters in August 2014 regarding the Shine the Light-Together petition with the names and comments of 100+ people who signed it.
.
It is not too late for the organizations and people affected by NCI to call for and authorize independent reviews. It is not too late to model good financial practice and integrity, for their own sake and for that of the church-mission community and general public. It is not too late for truly getting clean. 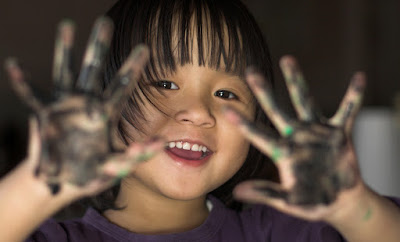 PETRA People Weblog
This weblog complements the PETRA People website. Both focus on promoting integrity and preventing/confronting corruption.
We welcome your feedback and additional information to make this blogsite as helpful and accurate as possible.

Note that the entries and comments on this weblog are not intended to implicate any person or any organization. They do however seek to helpfully inform and encourage your integrity and action.

People have a right to know the truth and a responsibility to act on the truth.

PETRA People
A network committed to discussing and sharing information that will encourage health and confront corruption in the international Christian community--and beyond.